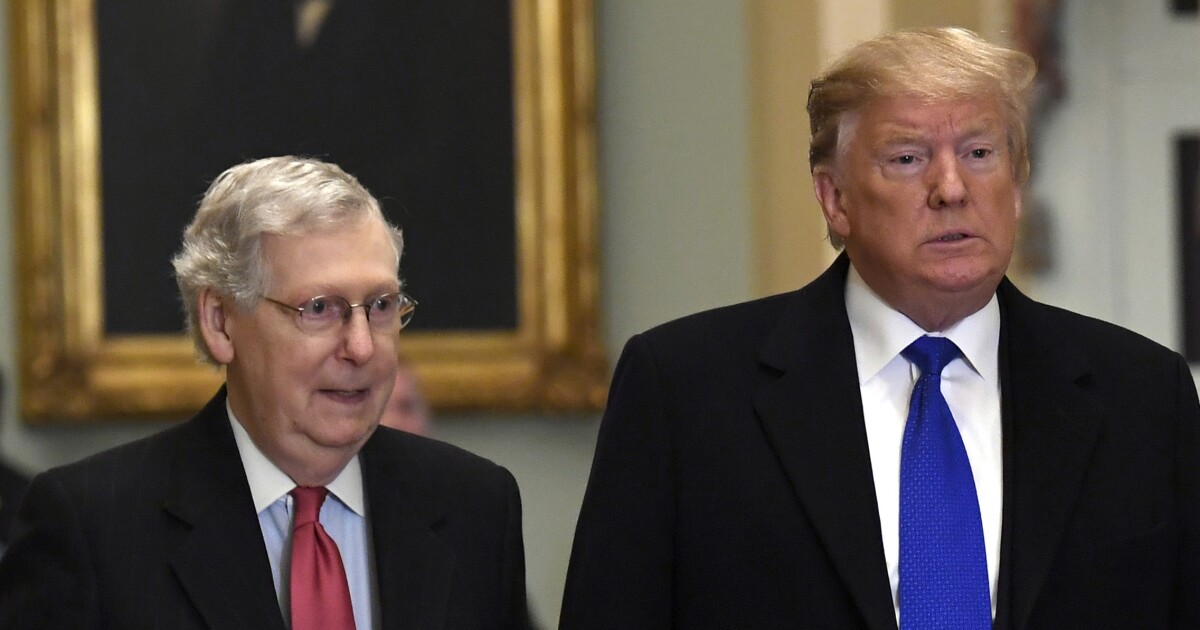 With Republicans at risk of losing control of the Senate, Majority Leader Mitch McConnell is reportedly signaling to GOP candidates that they can distance themselves from President Trump.

Unnamed senior Republican officials close to McConnell told CNN that the Kentucky Republican has made this clear to vulnerable candidates as Trump stirs controversy with his response to the coronavirus pandemic and handling of racial issues following the death of George Floyd.

“These vulnerable senators can’t afford to explicitly repudiate Trump,” one senior Republican on Capitol Hill told CNN. “They just need to show they are independent on issues important in their states.”

Republicans currently hold 53 seats, and Democrats have 45 seats. There are also two independents who caucus with Democrats.

An analysis released by the Cook Political Report last week found Republicans are at risk of losing control of the upper chamber, considering, in part, Trump’s low polling numbers against Joe Biden, the presumptive Democratic nominee.

McConnell told Fox News this week that the 2020 campaign is a “knife fight in an alley already, and we very much understand the Senate could go either way.”