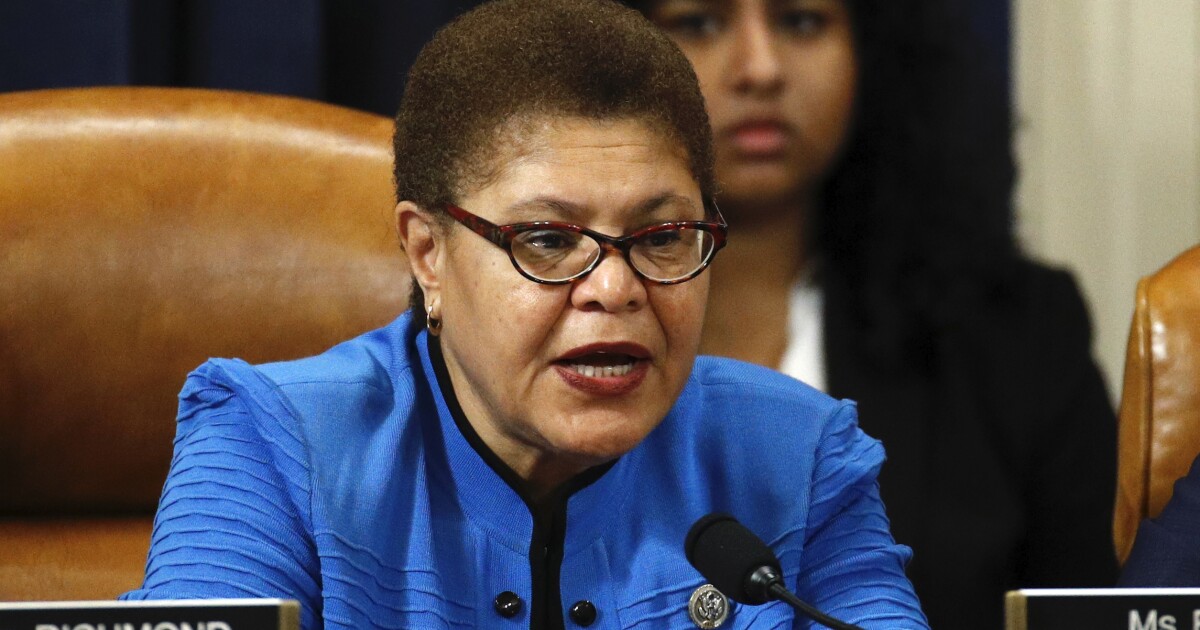 Rep. Karen Bass, who is a leading contender on Joe Biden’s running mate shortlist, sought to clarify her views on Scientology after a video surfaced this week of her speaking positively about the controversial religious group.

Bass, a Democrat from California, reasoned that allegations of sexual and physical abuse, as well as intimidation, were levied after she addressed a gathering including leader David Miscavige at the opening ceremony for the Church of Scientology of Los Angeles in 2010.

“Ten years ago, I attended a new building opening in my district and spoke to what I think all of us believe in — respect for anther’s views, to treat all people with respect, and to fight oppression wherever we find it,” Bass said in the statement posted to Twitter.

Bass said that “first-hand accounts” of alleged abuse had come to light since her speech and that her address spoke to her views on “equality and fighting oppression,” which have not changed.

This week, video surfaced from the event, during which Bass spoke glowingly about Scientology’s “commitment” to making a difference for “all people everywhere.”

Karen Bass in 2010 at a ribbon-cutting for a Scientology church:
“That is why the words are exciting of your Founder L. Rob Hubbard…The Church of Scientology I know has made a difference, because your creed is a universal creed and one that speaks to all people everywhere” pic.twitter.com/EghkCwqHi6

Bass is among several female candidates that Biden, the presumptive Democratic presidential nominee, is considering for his vice-presidential pick. He is expected to announce his decision within the week.