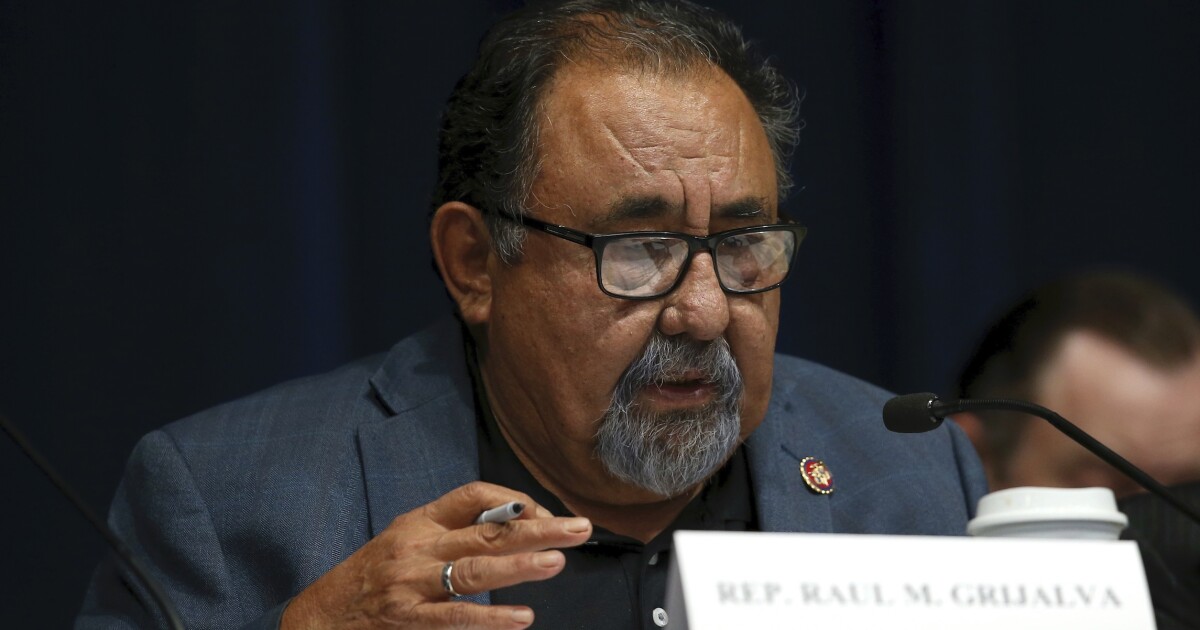 Rep. Raul Grijalva tore into other members of Congress who resisted wearing masks after he became the latest lawmaker to test positive for the coronavirus.

The 72-year-old Arizona Democrat revealed his diagnosis on Saturday. Grijalva said that despite the positive test, he is asymptomatic, feels healthy, and has gone into self-quarantine. The nine-term congressman had led a hearing this week that was attended by Republican Rep. Louie Gohmert of Texas, who was also diagnosed with the virus.

Although he didn’t single out Gohmert or other Republicans by name, Grijalva excoriated those on Capitol Hill who he said have not taken sufficient precautions to prevent the spread of COVID-19.

“While I cannot blame anyone directly for this, this week has shown that there are some Members of Congress who fail to take this crisis seriously,” he said in a statement Saturday. “Numerous Republican members routinely strut around the Capitol without a mask to selfishly make a political statement at the expense of their colleagues, staff, and their families.”

Gohmert’s diagnosis led Attorney General William Barr to take a coronavirus test after footage emerged of him walking beside the congressman prior to his Tuesday hearing on Capitol Hill. Barr ended up testing negative for the contagion.

After his positive test, Gohmert suggested that wearing a face mask might have been to blame for the infection.

“I can’t help but wonder, if by keeping a mask on and keeping it in place, that if I might have put some germs, some of the virus onto the mask and breathed it in,” Gohmert said.

The Centers for Disease Control and Prevention recommends wearing masks to slow the spread of COVID-19.

House Speaker Nancy Pelosi announced on Wednesday that lawmakers will be required to wear face coverings while on the House floor as a means to further stop the virus from spreading.